Winning a free book in an online contest is always a pleasant surprise. Winning an amazing fantasy book, with traditional Fae and vampire elements and the modern background of the US though is taking things to a whole new level. And it is truly mesmerising!

From Limitless Publishing and the truly talented, aspiring author Lynn S. comes a YA, dark fantasy fiction novel, that could easily be considered a blend of The Vampire Diaries, Vampire Academy and the ACOTAR series, yet with a truly original, equally breathtaking and outstanding plot! 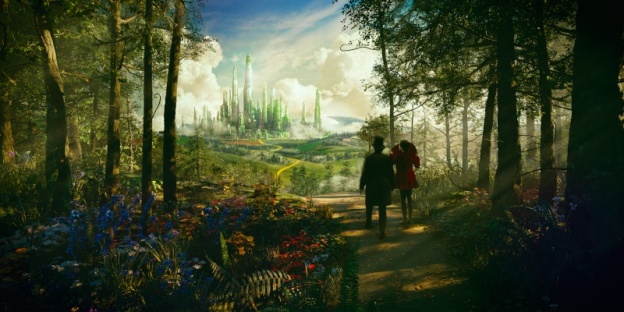 Taken from the official summary posted on Limitless Publishing website:

Paralegal Marissa Salgado is a quiet woman, an only child who has grown up in Adriana’s long shadow. When she meets and falls in love with Esteban, a fellow employee at the law firm, Marissa finally starts to break free from her shell. While Marissa’s mother is overjoyed to see her daughter happy and fulfilled, both Adriana and Marissa have a blood legacy that ties them to creatures of old—and love is indeed transformative when it comes to their kind.

Esteban never knew his father, nor was he aware of his half-human, half-fae heritage…

Esteban O’Reilly had no idea he was descended from the feared Alexander clan, a vicious faction of the Unseelie Court that demanded their payment in blood and sacrifice. When Esteban dies in a car accident, the women in his life are shattered, and his mother and grandmother are frantic to bring him back—no matter what it takes.

Magic has a price, and one life has to be exchanged for another…

Answering a request from Esteban’s mother, Marissa agrees to spend a weekend at Innisfree, the family’s country home. During her stay, she learns the fairies who haunted the O’Reillys for generations have now set their eyes on her. When the extent of Esteban’s sacrifice becomes clear, Marissa must make a choice—the truth, or the man she loves.

With her life in danger, will Marissa finally acknowledge those who once swore to protect her? Will her own secrets step out of the shadows, or will she be destroyed by the Court for Fairies?”

I was hooked from the first page of this book!

The characters feel so real it almost terrifies me! I mean, I wouldn’t dare cross paths with the women in the world Lynn created. They’re all unique and interesting and I really wanted to learn more about each and every one of them! And while going deeper into this Unseelie Court, I felt excited, a bit scared, but above all, bewitched!

The way the author introduces us to each and every character of the book is quite interesting. We get to know from the beginning that Esteban is dead and that Marissa, Isabel (Esteban’s mother) and Carla (Esteban’s grandmother) go to burry his ashes together to the family’s country house.

Yet, by doing a trip back in time, following the ancestry of both Marissa and Esteban, the dark secrets both families have become clearer. And yes, I know that I’ve mentioned in my previous review that those time jumps can drive me nuts and give me a headache, but Lynn managed to do that so smoothly and in such an artistic way that I truly enjoyed it!

I felt like I needed to know the backstory, so I could truly realise the motives of each character. And once I got to know their motives, they became even more real and vivid to me!

Favourite character of the book: Adriana. Because damn I love halflings! What’s more, she has this strange kind of humour and this unique way to show everything she feels that she could literally be my spirit animal!

What drove me off a little bit though was the abrupt introduction to some characters, towards the end of the book. I got the feeling that the author was in a hurry while talking about the Morrigan, or Phantom Queens, and that she wanted to move forward with the story; which was totally fine by me, since the plot was on the edge at that certain point!

Moving on to the world-building and the unfolding of the plot, I have to say they are both almost flawless. And I say almost because, though there are references of this Unseelie realm, I didn’t get to see it clearly enough. But probably this will change in the sequel. At least I hope so…

As for the plot, aside from some minor details that left me wandering why some things happened in a certain way, other than that it’s truly captivating! It is original and it has that old, yet gold class and those Irish references, leading back to the traditional routes of fairies. To me, that was absolutely perfect! Pure art!

Finally, regarding the descriptions and narration, there were some abrupt changes of POV (aka point of view) but they didn’t drive me off at all. I suppose when I read the book again (because I definitely will) I’ll pay much more attention to those details and find out the reason why the changes were made as such.

The descriptions were smooth and quite refreshing, creating beautiful images inside my mind, with different landscapes and settings. They weren’t too long or too extravagant; just as extravagant as a fantasy novel’s descriptions have to be. We’re talking about Faes, for crying out loud! They’re all in for some more drama every single day!

Overall, this novel was absolutely stunning, at least to me! I’m always in for some great fantasy stories and A Court for Fairies was the perfect, dark fairytale I wanted to read this summer!

So, 4.5 stars from me to this little treasure! I loved it!

For more reviews and information regarding this novel you can follow that link and I can assure you, you won’t get disappointed! You have to read this! At least if you wanna consider yourselves true fans of fantasy!

I know I’ll definitely read the second instalment of the Dark Heralds series, A Curse of Glass and Iron. And it is quite possible that while you’re reading this review, I’ll probably have read it already!

Till next time… Toodles!